Head of State hails the bravery of rural Burundian women

Head of State hails the bravery of rural Burundian women 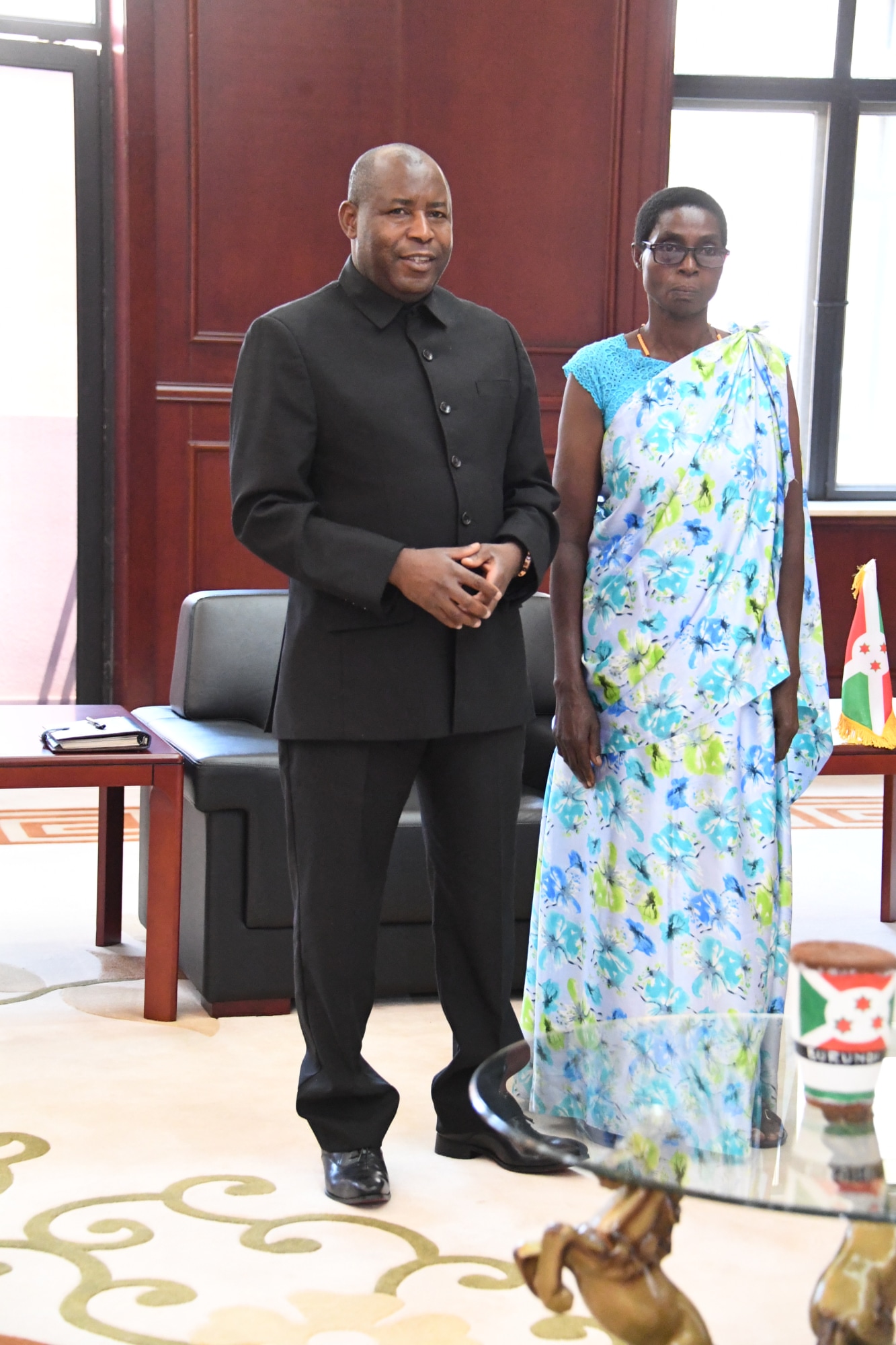 Burundi Head of State His Excellency Evariste Ndayishimiye received in audience, Thursday, October 15, 2020 at Ntare Presidential Palace, Mrs Rose Sindayihebura, an exemplary and courageous widow in the framework of the celebration of the International Rural Women’s Day.

Sindayihebura Rose, widowed since the 1998 crisis, received a cow from the PRODEFI project in 2012 thanks to which she was able to pay for the education of her three children, including two sons who have now completed the university studies.

The courageous woman from Gahwazi hill in Mpanda commune of Bubanza Province has now maintains a stable and a pigsty with the help of 4 shepherds who she pays a monthly salary of 150,000 francs.

The 56-year-old woman has not only transformed her hut into a modern house, but is also building a small house for her poor friend in recognition of the 10 years they have just spent together peacefully.

Mrs Sindayihebura told the Head of State about the entire story of her life, and the latter, moved by this courage and exemplary work, promised her a motor pump to water her fields often hit by drought.

HE Evariste Ndayishimiye also promised to pay her a year’s salary to the 4 shepherds to allow this courageous woman to save money. He equally promised to avail a drinking water supply to help improve her daily life.