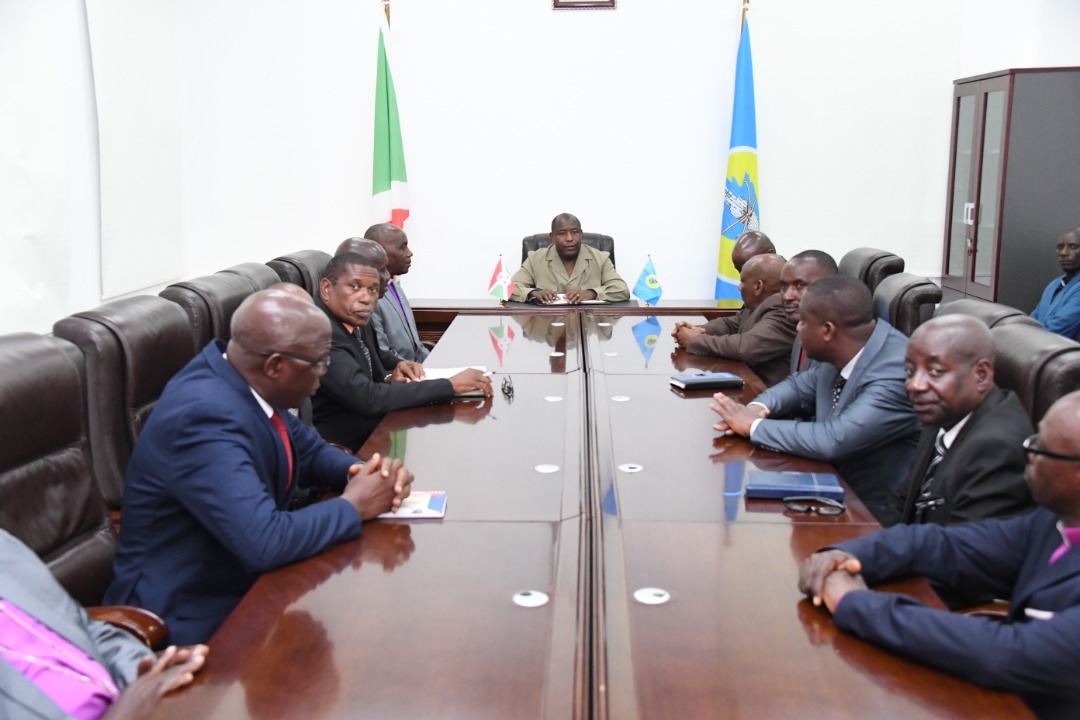 He indicated that the objective of this meeting, held for the first time since taking office as President of the Republic, is to discuss their contribution, as leaders, in the development of the country, the promotion of patriotism and the strengthening of the  national unity.

As they hail the good collaboration existing between Burundi Government and the churches, these religious leaders  appreciated the projects and programs undertaken by the government of Burundi to improve  the living conditions of the population, particularly in the justice sector through the establishment of basic courts, the fight against corruption and youth unemployment, as well as the fight against COVID-19.

Representatives of protestant churches, however, expressed their concerns with regard to corruption which plagues Burundian society, the housing problem, the protection of the environment and roads, to name but a few.

His Excellency President Ndayishimiye reminded these religious leaders that they have a great role to play in strengthening  national unity and social cohesion, starting with the rational and peaceful management of internal conflicts within their churches, conflicts which  are often the cause of tranquility and public order disturbance .

In addition, Burundi President asked them to support the governement by providing patriotic training to the members of their churches so that all Burundians realize that they form a same family managed at the head by the State and that each  can take responsibility for the proper functioning of the country.

Moreover, His Excellency the Head of State called on them to initiate development projects and  sensitize Christians to get down to work in order to contribute to the development of the country, without forgetting the fight against  ethnic discrimination.