Back To Home
Presidence 6 novembre 2020 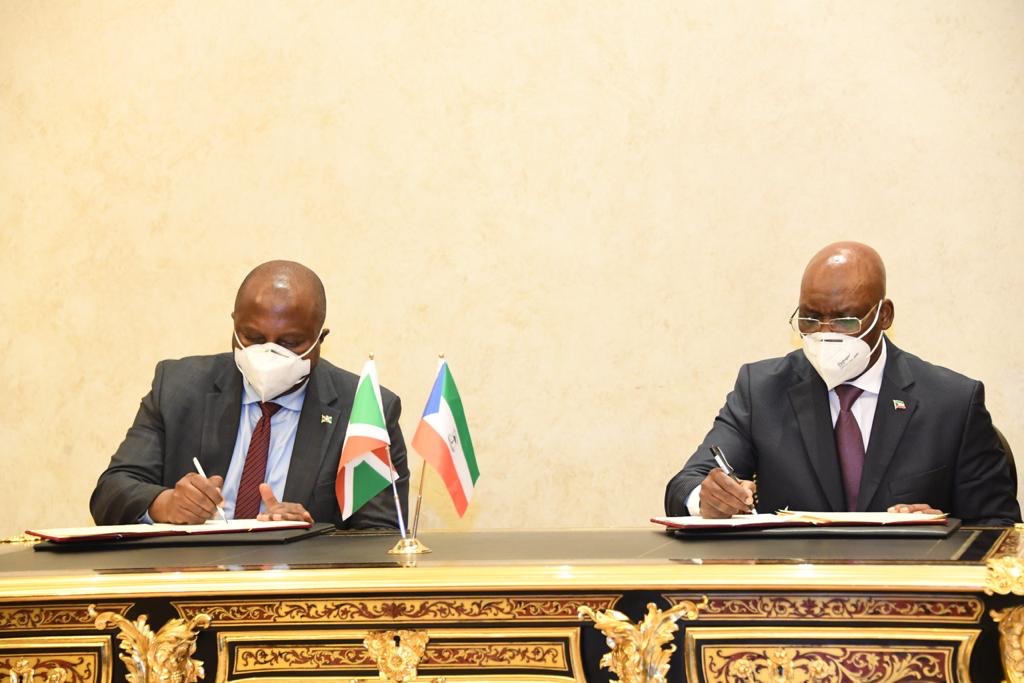 On Friday, November 6, President Evariste Ndayishimiye is on the fifth day of his state visit to Equatorial Guinea, a visit covered by a diplomatic success between the two countries which concretize the bonds of friendship and fraternity through the signing of six agreements cooperation, some having been concluded and pending since 2007.

THE FIRST AGREEMENT signed is in the maritime and port transport sector, with the aim of promoting bilateral and multilateral cooperation between maritime administrations and their respective operational agencies in the maritime and by river transport sectors as well as in port activities. Burundi and Equatorial Guinea agree to promote the creation of national shipping companies, to develop and promote mutual assistance and to cooperate in the field of security, maritime protection and the protection of the marine environment, without forgetting the programs of maritime education and training at all levels.

THE SECOND AGREEMENT signed is the visa exemption for holders of valid diplomatic and service passports. The latter will be able to enter, leave and stay temporarily in the territory of the other Party for a stay that will not exceed 90 days, from my date of first registration.

THE THIRD AGREEMENT aims at the promotion and reciprocal protection of investments. This Agreement applies to investments of one Contracting Party made in the territory of the other, whether before or after the entry into force of the said Agreement, without, however, applying to claims or disputes arising from events which have occurred before its entry into force, neither in all matters relating to taxation nor to investments made with capital or assets of illegal origin.

THE FOURTH is a memorandum of understanding on diplomatic consultations between the two ministries having foreign affairs in their attributions. The two ministries agree to meet regularly at agreed locations, for political and diplomatic consultations to discuss and exchange views on bilateral relations and on matters of mutual concern. This will be the same for their respective Permanent Missions to the UN and other International Organizations.

THE FIFTH is a trade agreement which consists of trade between Equatorial Guinea and Burundi with regard to certain articles and goods, the indicative lists being attached to said agreement, while specifying that they are not restrictive.

The Burundian Minister of Foreign Affairs and Development Cooperation, Amb. Albert Shingiro, said that the signing of these agreements « is a source of satisfaction for the Peoples of Burundi and Equatorial Guinea because these agreements consolidate the growth dynamic to continue the economic development of the two countries ».