Back To Home
Presidence 14 novembre 2020 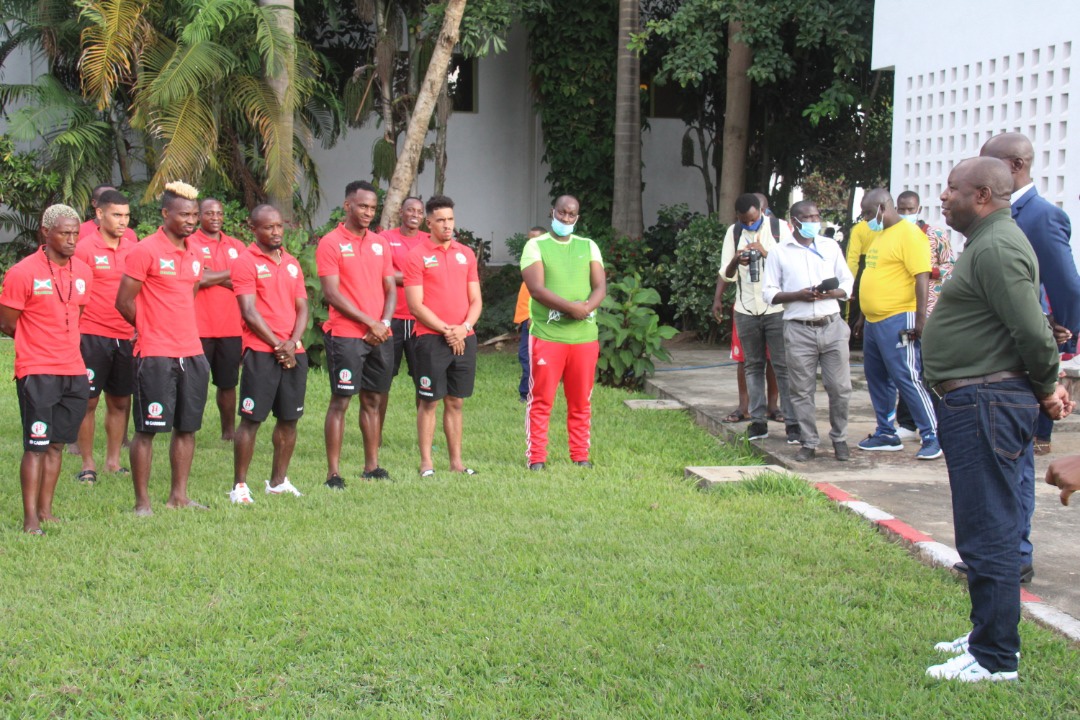 The President of the Republic HE Evariste Ndayishimiye met the players of Intamba national football team, this Saturday afternoon, November 13, 2020 at Nonara Beach hotel, to encourage them on the eve of the Burundi Vs Mauritania return match.

« I came to encourage you on the eve of your return match with Mauritania and the Burundians expect a victory from you because, you made a good performance by equalizing at home » said the Head of State.

« We are very happy and proud when you go to play abroad because you represent the whole Burundian Nation » said HE Evariste Ndayishimiye in the presence of the President of the Burundi football federation Honorable Réverien Ndikuriyo.

Note that the return match Burundi Vs Mauritania is part of the qualifying matches for the 2021 African Cup of the Nations.