Burundi and Uganda in search of deep relations

Back To Home
Presidence 19 novembre 2020

Burundi and Uganda in search of deep relations 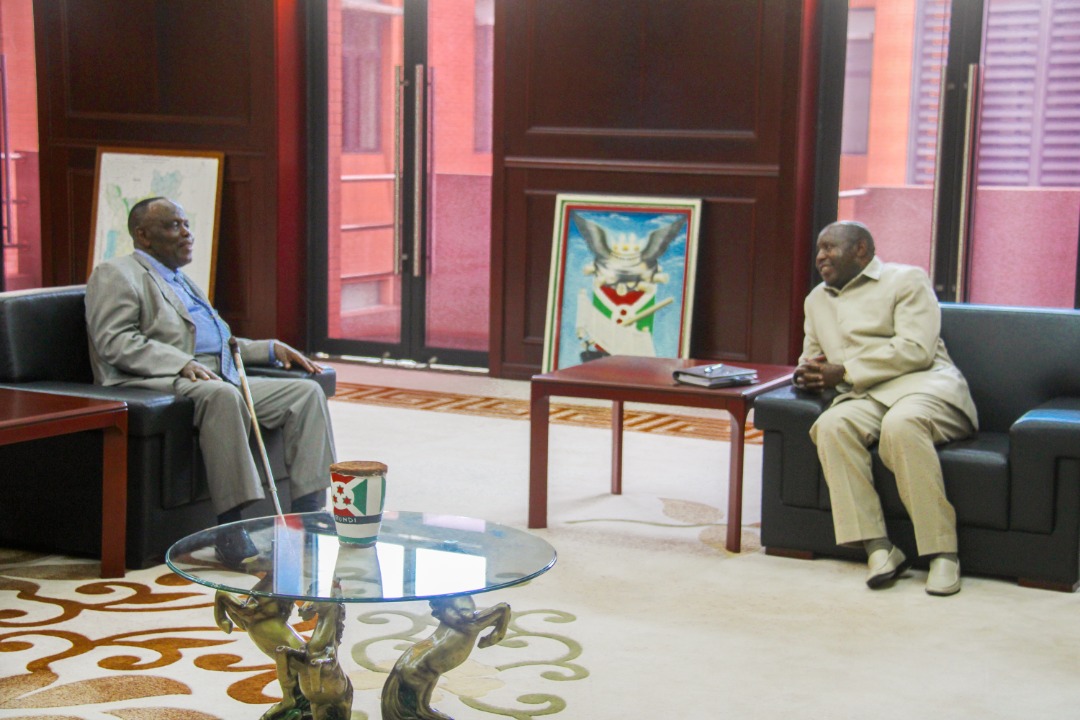 The Head of State, His Excellency Evariste Ndayishimiye received in audience, on Thursday November 19, 2020, the Ugandan Ambassador to Burundi, the retired Major General, Mathieu KYALIGONZA.

The dean of the diplomatic corps accredited to Burundi congratulated the President of the Republic for having succeeded in organizing elections in a peaceful climate and without external assistance. He took the opportunity to present his condolences following the unexpected death of the late President NKurunziza, a death which occurred while the Diplomat was at his home in Uganda.

The Ugandan Ambassador also hailed the step already made by Burundi in the fight against COVID-19, and congratulated the Head of State for the control of this pandemic in calm and serenity.

Regarding bilateral relations, Ambassador KYALIGONZA expressed the wish to see cooperation between Burundi and Uganda strengthened to the point of abolishing visas for nationals of these two countries and for all people of the East African Community.

The President of the Republic, on his part, said Burundi and Uganda have long good relations of friendship and cooperation especially in the economic field. His Excellency also asked the Ugandan Ambassador to convey his gratitude to his Ugandan counterpart for the support of Burundi people in the trade sector.

His Excellency the President of the Republic also granted an audience to the Ambassador of the People’s Republic of China to Burundi, Mr. Li Changlin. Their discussions mainly focused on the cooperative relations between the two countries.