Back To Home
Presidence 25 novembre 2020 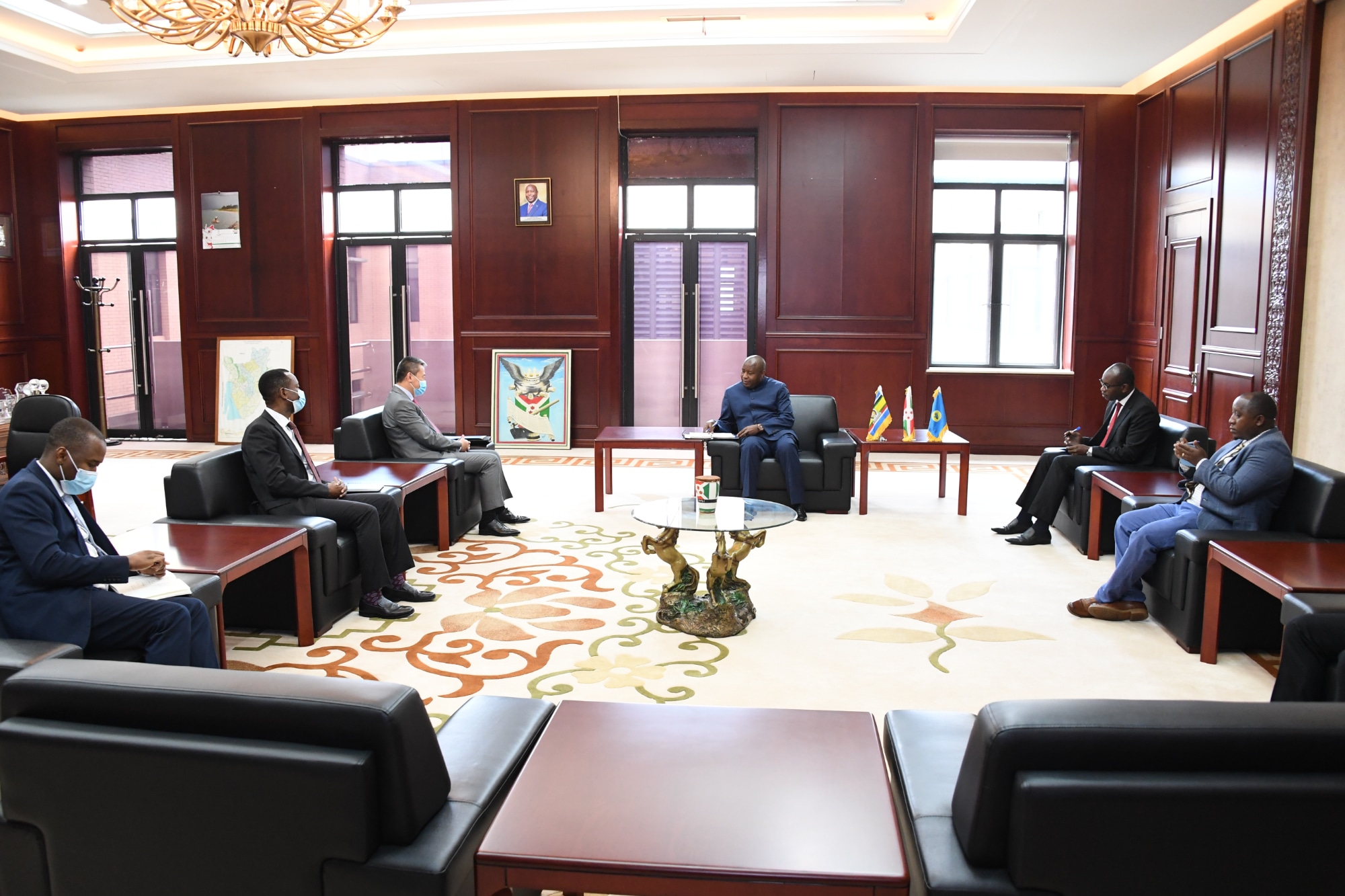 The Head of State His Excellency Évariste Ndayishimiye received, in audience at Ntare Rushatsi House, Mr. Huang Xia Special Envoy of the Secretary General of the United Nations in the Great Lakes Region.

The President of the Republic welcomed Mr. Huang Xia and his delegation before describing to them the situation of the country, which is calm and secure throughout its territory. He also informed on the country’s program which defines the pillars and the axes of intervention to achieve for the fight against poverty and the development of Burundi, so that every mouth has food and every pocket has money.

He further hailed the good collaboration between him and the Secretary-General of the United Nations.  Mr. Huang Xia in turn conveyed to the President of the Republic of Burundi congratulations and greetings of the UN Secretary General, Mr. Antonio Guterres.

Mr. Huang Xi brought two messages from the UN Secretary General, namely the formal closure and liquidation of the Office of the Special Envoy for Burundi as well as the extradition of the alleged putschists who are on Rwanda territory.

The Head of State said that between Burundi and Rwanda there is no need for a foreign mediator because the two peoples are very close and can understand each other  regarding their almost similar languages. The only dispute between Burundi and Rwanda, added President Ndayishimiye, lies in the fact that this country hosts these alleged coup plotters, which is the biggest point of contention.

In addition, contacts aimed at normalizing bilateral relations are already underway between the Rwandan and Burundian authorities.  After the meeting between the two respective ministers in charge of foreign affairs and the heads of the intelligence services, President Evariste Ndayishimiye informed that in December a meeting of the respective ministers in charge of justice is planned, to talk about  practical arrangements in relation to these alleged coup plotters.

President Evariste Ndayishimiye recalled that the United Nations is built on respect for the rule of law, the fight against impunity and the strengthening of accountability. Therefore, it would be asking for one thing and its opposite by taking the way of negotiation and complacency in the case of these people prosecuted by the Burundian justice for crimes committed, recalling that justice cannot be negotiated, the non-respect of the legality inexorably leads to violations of civil and political rights, and this would risk condemning the Burundi people in order to save some individuals who have grieved them.

In addition, the Special Envoy of the Secretary-General of the UN learned that Burundi will guarantee these alleged putschists a fair and equitable trial, as is the case for their co-accused who were  judged with the greatest respect of their rights.  Some of them have even written to the Head of State asking for a Presidential Pardon.

Concerning the second issue, the Special Envoy informed President Ndayishimiye that the Secretary General of the United Nations has taken note of the desire of the Republic of Burundi to close the Office of the Special Envoy for Burundi with effect from 31 December 2020.

However, he informed him of the request made by Mr. Antonio Guterres to grant the United Nations General Secretariat a period of 9 to 12 months for administrative, logistical and legal formalities related to the closing and the  liquidation, including termination of contracts of local and international staff, payment of suppliers and clearing of other financial obligations, etc.

The President of the Republic disclosed that the reasons behind the creation of this office no longer exist, which is why Burundi has taken the decision to close this office.

On the request for a deadline for formalities, HE Evariste Ndayishimiye said he agreed, as long as the two parties understand in the same way that this Office must be closed and liquidated. He said, however, that these are technical questions that should not cause a problem, the Burundian technicians being called upon to work with those of the UN to determine the necessary deadlines for these formalities as well as the timetable.

The meeting ended with the expression of the will of the two parties to maintain contact and to continue fruitful cooperation between Burundi and the United Nations.