CAR: Burundi President calls for the holding of elections on the dates set

Back To Home
Presidence 26 décembre 2020

CAR: Burundi President calls for the holding of elections on the dates set 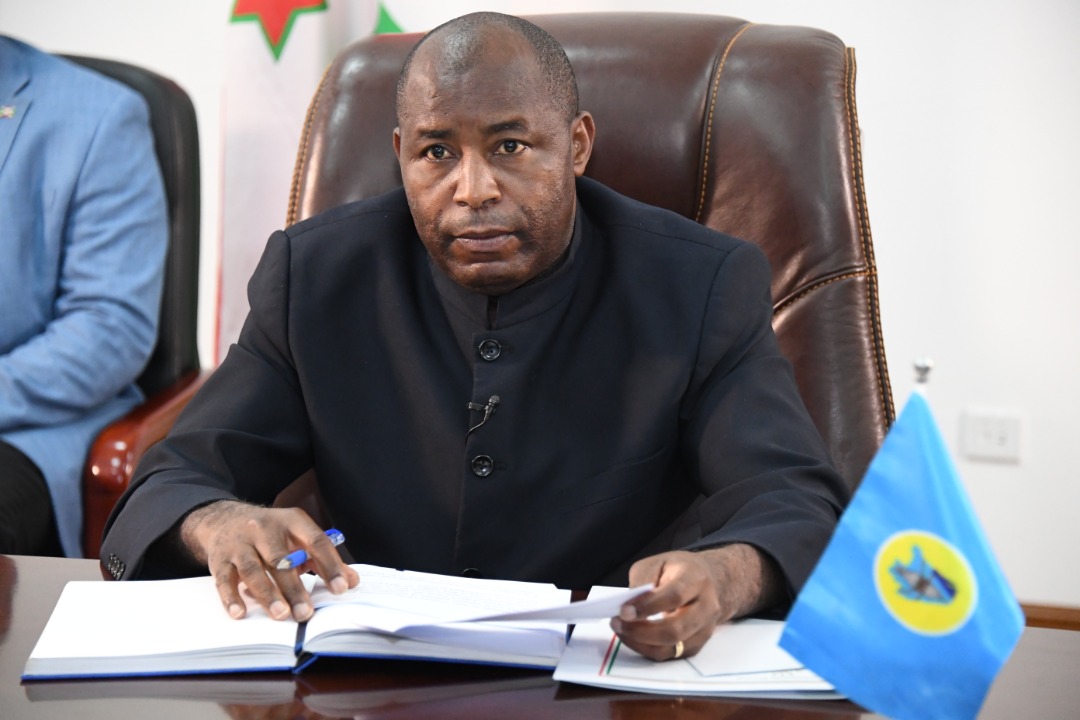 The President of the Republic, His Excellency Évariste Ndayishimiye, took part in an extraordinary summit of Heads of State and Government of the member countries of the Economic Community of Central African States (ECCAS) held by videoconference, this December 26, 2020, under the Chairmanship of the current President of ECCAS, HE Denis Sassou N’Guesso, with a view to urgently address the political and security situation prevailing in the Central African Republic, on the eve of the legislative and presidential elections, scheduled for this 27 December 2020.

In his opening remarks, President Denis Sassou N’Guesso informed the participants that this summit was held at the request of the President of the Central African Republic whose country is experiencing a resurgence of armed violence on the eve of the general elections.

The President of the Republic of Congo recalled the principle of solidarity, mutual assistance, complementarity, subsidiarity, non-indifference which must characterize the members of the community and asked that this summit bring the resolutions that will allow Central Africans to strengthen their democracy, particularly through organization, in the security conditions of the elections scheduled for Sunday.

After the opening remarks, Central African President HE Faustin Archange Touadera presented in a succinctly manner the political and security situation prevailing in his country. He began by asking participants to observe a minute of silence in memory of the Burundian soldiers, members of the United Nations Multidimensional Integrated Stabilization Mission in the Central African Republic (MINUSCA) who fell on the battle field while defending peace.

From his presentation, it emerged that the Central African Republic is once again experiencing a multifaceted crisis situation which has worsened with the approach of the elections. This crisis is characterized by deep dissensions within the political class and by armed clashes between the Central African armed forces supported by MINUSCA and a new coalition of rebels.
President Touadera insisted on respect for the constitutional order which is the main guarantee of the rule of law.

After this intervention, the participants took note of the report of the President of the ECCAS Commission. In his report, he mentioned in particular the presence of armed groups which proliferate in the country and threaten the democratic process in particular by wanting to prevent at all costs the holding of the poll this Sunday.

The President of Burundi, HE Evariste Ndayishimiye, for his part talked of the principles of sovereignty and respect for constitutional order which must characterize the search for a lasting solution for the Central African Republic and called for « the holding of elections on the dates set, on tomorrow December 27, 2020 « .

President Evariste Ndayishimiye strongly condemned the attacks targeting the Burundian contingent of MINUSCA and reaffirmed « Burundi’s determination to continue efforts for a return to peace and stability in this brother country. » He ended by urging the armed groups to implement without delay the peace agreements already signed, to refrain from all forms of violence against civilians, United Nations personnel and humanitarian personnel.

During the discussion between Heads of State and their Representatives, the summit offered its condolences to His Excellency the President of the Republic of Burundi and to the Burundian people following the assassination of Burundian peacekeepers by armed groups not yet identified, before present a series of resolutions which are:

The unequivocal condemnation of the use of violence as a means of resolving the crisis and of any attempt to question the established constitutional order;

The demand for the immediate cessation of hostilities throughout Central African territory and the withdrawal of the rebels from the front lines;

The need for the continuation of the current electoral process;

The need for an inclusive political dialogue after the elections and under the patronage of ECCAS;

Instruct the ECCAS Commission to continue contacts for the appointment of a Permanent Mediator for the Central African crisis, in accordance with the Libreville Declaration of November 27, 2020 and the operationalization of a permanent mediation framework for lasting peace in RCA;

Member States which have the capacity, to support others express their solidarity with the Central African Republic, including by sending armed troops to help it recover the integrity of its territory.

The Conference once again urged the technical and financial partners, whose commitment and considerable efforts were hailed, to continue by supporting the implementation of a robust reconstruction and post-conflict development program with a view to finally creating the conditions for lasting peace in the CAR.