Back To Home
Presidence 29 décembre 2020 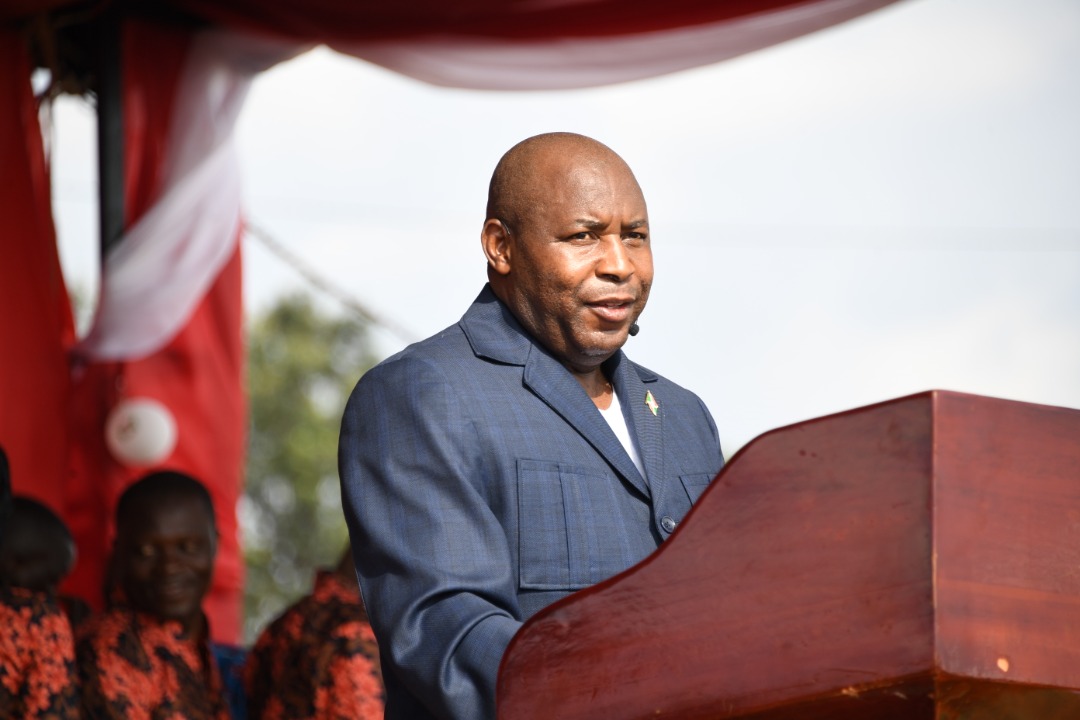 At the end of the second day of the thanksgiving prayer, the Head of State, His Excellency Evariste Ndayishimiye, indicated that the year 2020 has been a year of abundance and blessings, a special year for Burundian, as predicted by His Excellency Late President Pierre Nkurunziza.

Referring to some of the facts which prove that God was especially on the side of the Burundians, the President of the Republic first gave the example of the general elections organized successfully, without external support and which was followed by a period of peace and total security, for the first time in the country’s history.

He then pointed out that rice production has increased six fold this year compared to 2019, adding that the harvest of the short rainy season will be good as it is observed a plentiful rain.

His Excellency Evariste Ndayishimiye said that following the irrigation and watering system, production has been good even in some localities which are used to being hit by famine.

Another unwavering proof proving that the Almighty has been on the side of Burundi and the Burundians, according to the Head of State, is the fact that God has preserved Burundi against the spread of COVID-19, to such an extent that the campaign launched by the Head of State against this pandemic gave fruits as until this date there is no more internal contamination, except cases of people coming from abroad, who are being treated and cured.

He also revealed that the country welcomes people who flee their countries following COVID-19, in particular those who apply for visas of more than one year and those who refuse to return to their countries, after the expiration of the stay period.

Another important event that goes in the wake of God’s works in Burundi is the recent UN decision to remove Burundi from the agenda of the United Nations Security Council, a file that the Burundians had been entrusted to God.

Finally, he informed that it is the first time in the history of the world that those who have fled the country ask the country’s authorities to convince the host countries so that refugees can return to their home land.