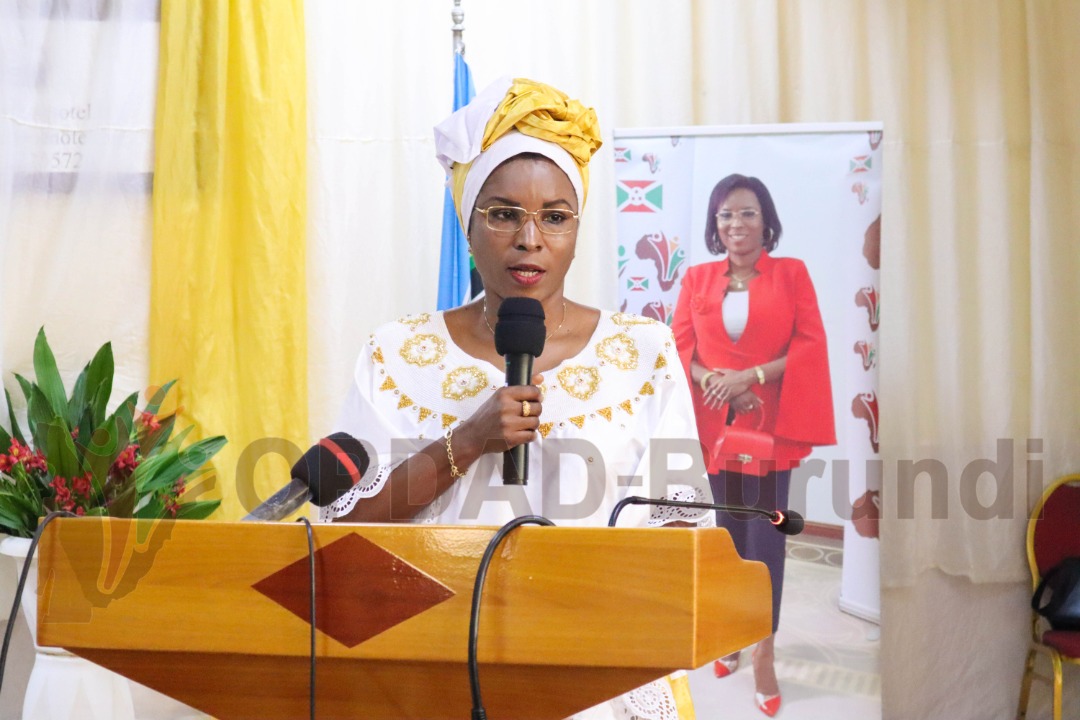 Her Excellency Angeline Ndayishimiye, First Lady of the Republic of Burundi, chaired, on February 24, 2021, at the Royal Palace Hotel, the opening ceremonies of a 3-day workshop, which aims at raising awareness and mobilize key people in charge of grassroots social sectors on the importance of directing investments and resources in early childhood development, from conception in one’s mother until the age of 8.

The First Lady said that the development of the child from conception until the age of 8 is a crucial stage in the good growth of the child. If this period is not managed carefully, the child’s future can be ruined. This is also the period when the child is at a high risk of suffering from diseases linked to malnutrition, she added.

Her Excellency Angeline Ndayishimiye informed on the efforts already made by the Government of Burundi for a better development of early childhood, in particular the ratification by the Republic of Burundi of certain international accords which advocate for the development of the child. In addition, the Government of Burundi has established free health care for children under five, pregnant women and women in childbirth, free basic education and to name but a few.

The First Lady said that even if Burundi has made a giant step in improving the conditions of early childhood development, challenges still exist, notably the poverty in families, lack of sufficient information on feeding of children and pregnant women and early childhood rights, parents who do not take care of their children during this period of early childhood.

She urged the heads of health care structures in the country to resume awareness sessions on various issues related to the health and nutrition of infants and pregnant women for mothers who come to these health facilities for their children’s vaccines and prenatal consultation.

Her Excellency Angeline Ndayishimiye also invited the ministries in charge of health, solidarity, education, security, justice, that in charge of water as well as finance ministry, to increase actions in favor of better early childhood development.

The First Lady thanked the partners of Burundi who work for early childhood development, in particular UNICEF, WFP, WHO and the World Bank. She asked them to continue their support. Moreover, she invited everyone to make his contribution to the well-being of early childhood.

She finally reiterated her commitment to the well-being of children, through the Organization of African First Ladies for Development (OAFLAD-Burundi), given that in its strategic axes include the health and development of children and young people in general.