Back To Home
Vice-Présidence 9 mars 2021 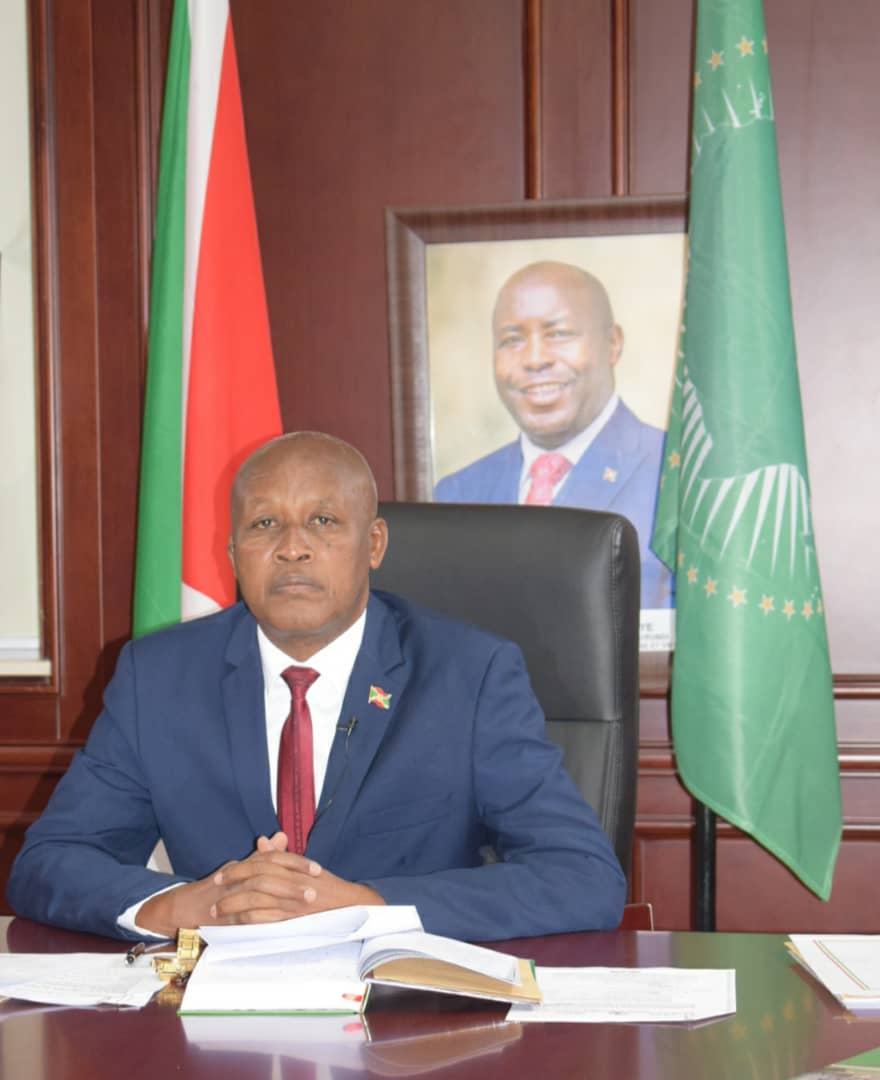 During the 984 th meeting of the African Union Peace and Security Council held by videoconference, this Tuesday 09 March 2021, on the effects of climate change on peace and security in Africa, Burundi supported the idea of ​​creating a special fund for climate change on the African continent.

In his opening remarks, the Chairman of the African Union Peace and Security Council for the month of March 2021 HE Uhuru Kenyatta indicated that climate change such as drought, desertification, famine, floods, to name but a few, fuel tensions and create armed conflicts within the African continent.
He called on the Member States of the African Union to adopt strategies to face climate change and to implement the decision of the 14th summit to silence the guns in Africa, in particular by putting an end to the instability that reigns in the Western Sahara and which compromises the efforts of Peace in the region.

The various Heads of State and Government who intervened, among others, proposed the creation of a special fund for the fight and the strengthening of resilience to climate change as well as the appointment by the United Nations of a special envoy responsible for climate change issues.

Taking the floor, Vice-President Bazombanza, who spoke on behalf of His Excellency the Burundian Head of State, presented Burundi’s position on climate change. He underlined among other things the need to “deploy all the tools and mechanisms of preventive diplomacy available in frank collaboration between the Commission of the African Union, the Member States, the Communities and the Regional Mechanisms, the United Nations and the entire International Community to facilitate the prevention, management and resolution of these threats ”. He also called on Member States to “support humanitarian action and disaster management aimed at saving, on the one hand, victims of terrorism and violent conflicts and, on the other hand, victims of disasters caused by effects of climate change ”. He ended his remarks by announcing that Burundi strongly supports the initiative to create a special fund for climate change as suggested by other member states.

The 984 th meeting of Heads of State and Government also analyzed the decision of the 14th summit, held on December 6, 2020, to silence the guns in Africa in this case by putting an end to the conflict in Western Sahara. It has been revealed that the situation deteriorated in the Sahara due to the violation of the ceasefire by Morocco, an act which caused the escalation of violence in this northwest territory of Africa.

His Excellency the Vice-President in his remarks « reiterated Burundi’s support for the efforts of the Secretary General of the United Nations and those of the African Union to facilitate a lasting, pragmatic and compromise political solution to the Sahara issue ». For Burundi, an autonomy plan could constitute a good basis for negotiations.