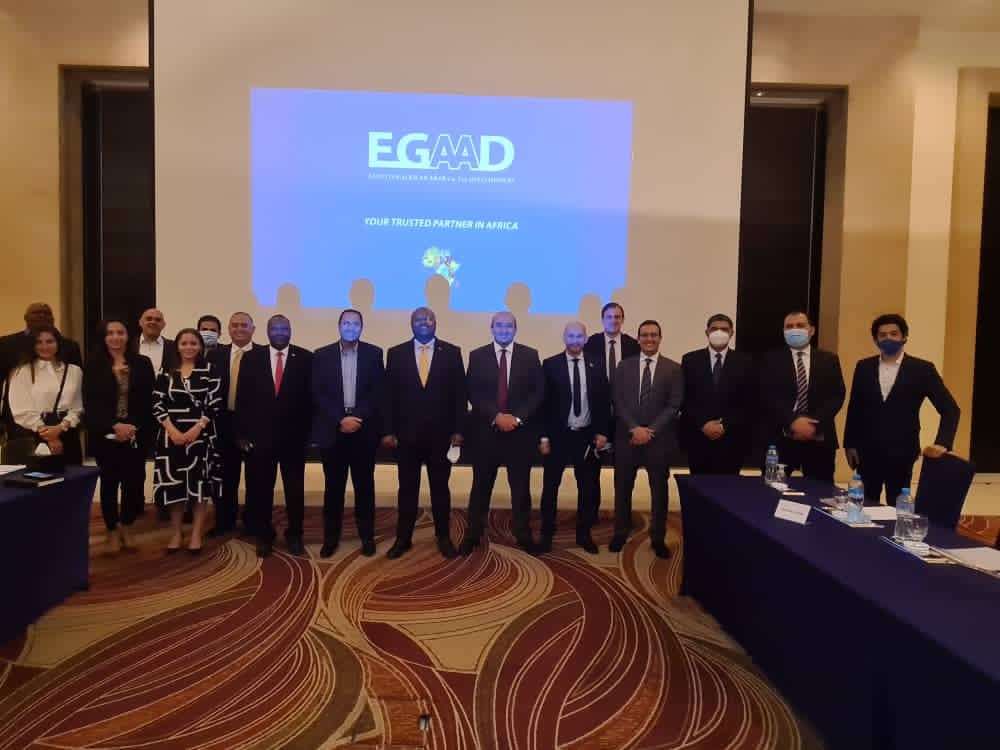 On March 25, in  the Colored Canyon room of the Hilton Heliopolis hotel, the Minister of Foreign Affairs and Development Cooperation His Excellency Albert Shingiro met the leaders of the Egyptian companies that make up the EGAAD consortium (Egyptian African Arab Co. for Development), a group of the most important companies in Egypt whose main goal is to invest in Africa. Minister Shingiro was accompanied by Dr Déo-Guide Rurema, Minister of Environment, Agriculture and Livestock, Amb. Willy Nyamitwe, Head of the Information and Communications Office at the Presidency of the Republic as well as Mr. Onesphore Baroreraho, Head of the Department of Diplomatic Affairs at the Presidency of the Republic of Burundi.

Minister Shingiro, in his speech, thanked the leaders of these companies who kindly responded to his invitation and briefly presented to them the opportunities that Burundi offers in terms of investments. “Burundi is reaching out to anyone who wants to invest in it and all initiatives are welcome, as long as they are in the framework  of the National Development Plan of Burundi, PND 2018-2027” he said, recalling that “the business climate in Burundi is one of the best offered in Africa, with incomparable facilities for the benefit of investors.” In addition, Amb. Albert Shingiro recalled that “this meeting is being held to materialize the wish expressed by the two Heads of State of the Arab Republic of Egypt and Burundi, during their face to face meeting on March 24 at the headquarters of the Presidency of the Arab Republic of Egypt. Indeed, one of the objectives of the official visit of President Evariste Ndayishimiye is to mobilize Egyptian investors and this is the reason why this meeting was organized in order to implement this will. «

Mr. Amr Mekawy, Director of the Department in charge of business development at EGAAD made a presentation of the Consortium and the projects already carried out in several African countries. “We are pursuing the ideal of building Africa by Africans,” Mekawy said. He informed that “various essential sectors are targeted such as infrastructure, energy, water treatment, digital transformation, tourism, and trade in commodities, pharmaceuticals, agriculture, mining and other industrial sectors.”

In turn, the managers of the companies present at the round table presented their company, the projects already carried out, the future prospects and especially what they aspire to do in Burundi. At the end of this meeting, Minister Albert Shingiro said he was very satisfied with the discussions and congratulated companies like TAQA, Hassan Allam holding, Samcrete, Benya Corporate, Income, United Oil, Madkour, etc. for their proven performance on the African market. He invited them to come to Burundi to continue discussions there with the aim of achieving concrete results.