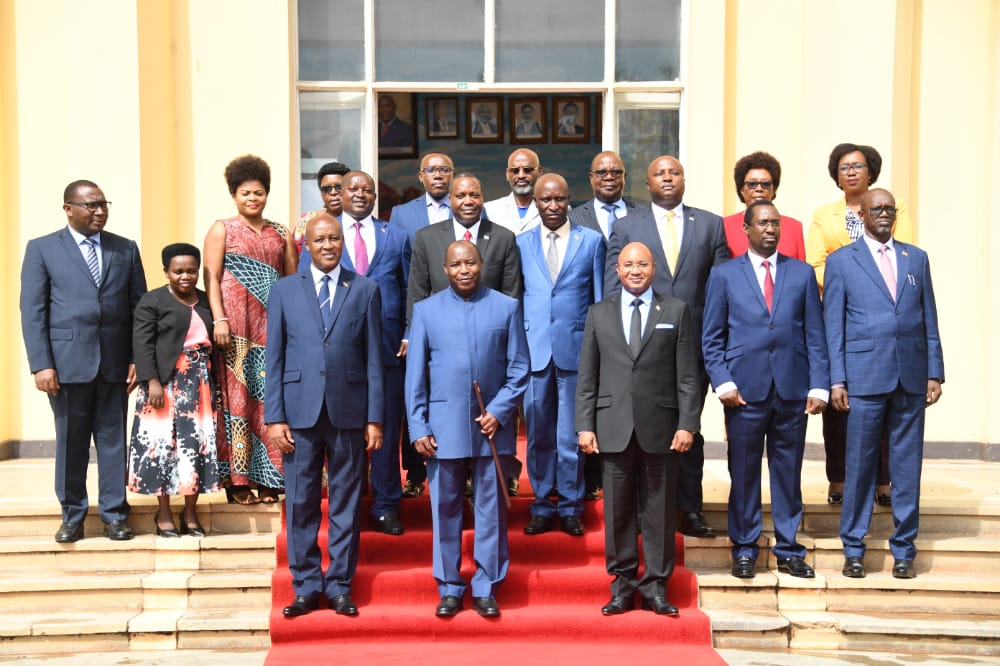 The President of the Republic, His Excellency Evariste Ndayishimiye, accompanied by his wife, Her Excellency Angeline Ndayishimiye, joined the other Burundians in the commemoration of the 27th anniversary of the assassination of President Cyprien Ntaryamira, which took place in Rwanda, on April 6, 1994 with his counterpart President of the Republic of Rwanda, the late Juvénal Babyarimana.
The commemorative ceremonies began with a Requiem Mass, celebrated at the Regina Mundi Cathedral, in the City of Bujumbura, by Bishop Gervais Banshimiyubusa, Archbishop of the Archdiocese of Bujumbura.

In his homily, Bishop Gervais Banshimiyubusa asked all Burundians to thank the Almighty God for the gift that he had offered to Burundi, His Excellency Cyprien Ntaryamira, who, in his policy of governing the country, followed the footsteps of Jesus Christ, preaching peace and love.

He thanked the Burundian authorities for establishing the date of April 6 in memory of the late President Cyprien Ntaryamira, a supporter of peace, development and discipline.

Bishop Gervais Banshimiyubusa called on the Burundians to be true witnesses of the resurrection of Jesus Christ, through the consolidation of peace, justice and love of the neighbor.

The Archbishop of the Archdiocese of Bujumbura congratulated the Government of Burundi for taking note of the legacy of the late His Excellency Cyprien Ntaryamira in making dialogue a custom, with a view to establishing lasting peace.