The First Lady receives in audience the WHO Representative in Burundi

The First Lady receives in audience the WHO Representative in Burundi 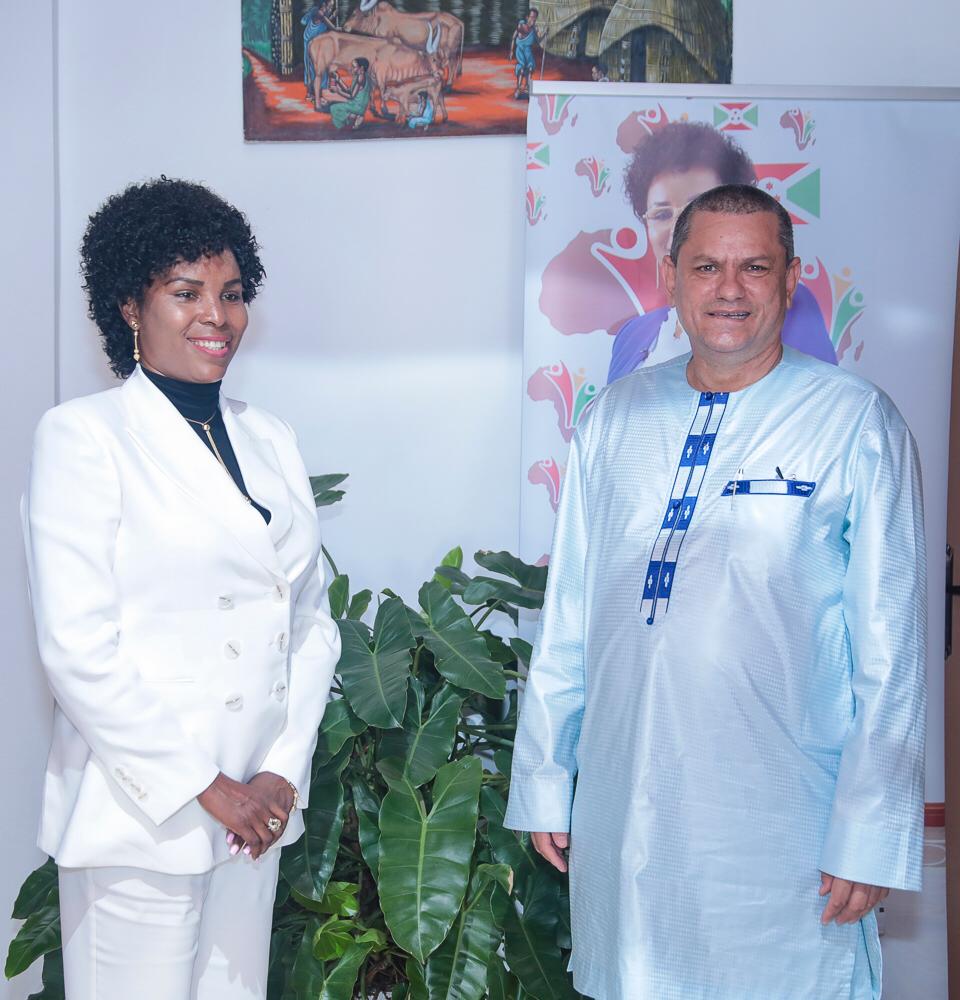 Her Excellency Angeline Ndayishimiye, First Lady of Burundi, received in audience, on Tuesday April 13, 2021, the WHO Representative in Burundi, Dr. Xavier Crespin, who came for a courtesy visit. The two high personalities discussed on the framework of collaboration between the Bonne Action UMUGIRANEZA Foundation and OPDAD-Burundi, chaired by Her Excellency Angeline Ndayishimiye.

The First Lady of Burundi congratulated WHO for its good achievements aimed at improving the good health of the Burundian population. She thanked WHO for the partnership already underway with the Bonne Action UMUGIRANEZA Foundation, OPDAD-Burundi and WHO.
Her Excellency Angeline Ndayishimiye indicated that health has been placed at the forefront in the activities of OPDAD-Burundi and the Bonne Action UMUGIRANEZA Foundation, because their optimal vision is to see the Burundian population in good health. To realize this vision, the Foundation is in the process of setting up a treatment and care center for infertile couples, in Gitega commune of Gitega Province.

In turn, Dr. Xavier Crespin hailed the leadership of Her Excellency Angeline Ndayishimiye for the important actions and interventions she is leading for the well-being of Burundian families in general and the vulnerable in particular.
He also hailed the commitment of the First Lady and congratulated her for the many actions carried out within the framework of the Bonne Action UMUGIRANEZA Foundation and the OPDAD-Burundi, which support the Government’s efforts for the well-being of the Burundian population.
Dr. Xavier Crespin, WHO Representative in Burundi, finally reiterated his organization’s commitment to continue to support the Government of Burundi and the institution of the First Lady.

During this courtesy visit, Dr Xavier Crespin, also brought a message of congratulations from WHO to Her Excellency the First Lady of Burundi for the many accomplishments and her commitment to support children.