Head of State invites Burundians to get down to work

Head of State invites Burundians to get down to work 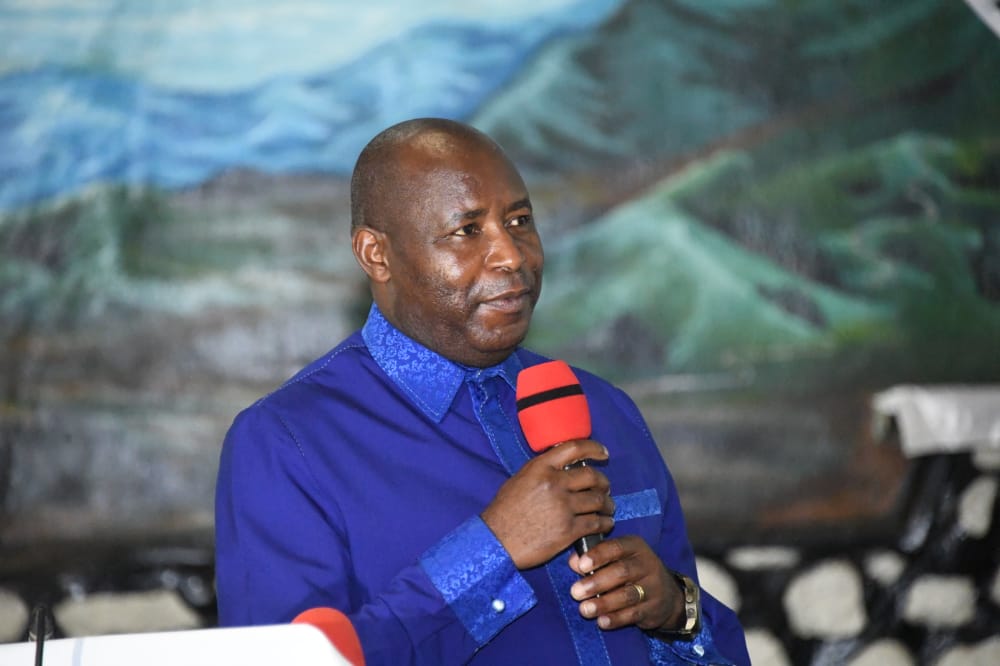 The President of the Republic, His Excellency Evariste Ndayishimiye, accompanied by the First Lady of Burundi, Her Excellency Angéline Ndayishimiye, joined, on May 2nd, the Christians of Gihanga parish, Bubanza province, in Sunday prayer on the 5th Easter Sunday.
In his speech, just after the celebration of Mass, His Excellency Evariste Ndayishimiye, invited the Burundians to love each other and love the work in order to increase production. He particularly thanked Gihanga population for their solidarity in working together. The Head of State gave the example of maize production which has increased due to the practice of grouping lands during tillage and sowing.
The President of the Republic then informed Gihanga population that their problems of shortage of drinking and irrigation water will find a solution within a period not exceeding one year, because his most fervent wish is to see Gihanga become the granary of the country.

His Excellency Evariste Ndayishimiye also advised the Burundians not to remain prisoners of the painful past that the country has known. He therefore asked them to count on the present and the future which according to the Head of State are reassuring and promising.
In addition, the President of the Republic called on the Burundians to further consolidate the love, peace, security and justice. It is with this vision that he urged Burundians to protect themselves against COVID-19 and therefore to prevent others against this pandemic.
His Excellency Evariste Ndayishimiye ended his speech by appealing to the people of Gihanga in particular and the whole country in general, to contribute to the works of the church. To lead by example, he promised the Gihanga parish a contribution of 5,000,000 Burundian francs, as a kick-off to the construction works of the convent for the priests of the Gihanga parish.