Head of State calls on Burundians to overcome ethnic divisions

Head of State calls on Burundians to overcome ethnic divisions 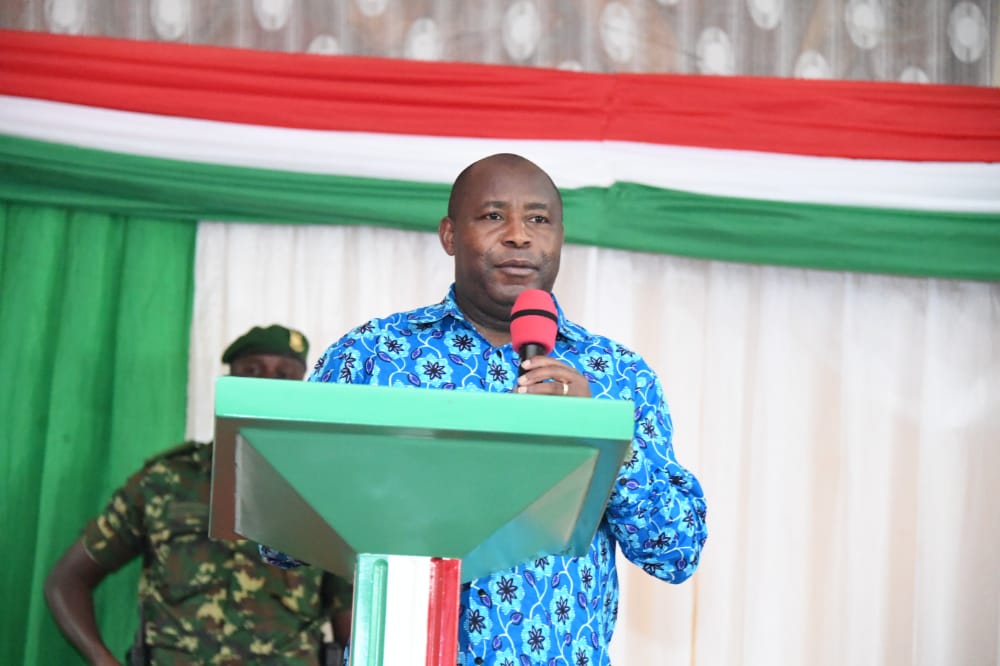 The President of the Republic, His Excellency Evariste Ndayishimiye called on Burundians to overcome ethnic divisions so that the country achieves sustainable development.
The Head of State launched this appeal, this Friday, May 7, 2021 in Gitega, during a moralization session for the administrative staff, the heads of services, the political and religious leaders as well as the native executives of this province on the promotion of patriotism and development.

His Excellency President Ndayishimiye utterly made it clear the development of the country must go through the eradication of all forms of ethnic discrimination: « Let’s build a new country. May all Burundians denounce the crimes that have been committed in the past and may all of us, Burundians, have a common reading of the history of our country. I tell you, Burundi will never be a prosperous country until we overcome ethnic divisions. «

The Head of State, during this session, provided pieces of advice on changing mentalities to build a better Burundi that no longer relies on external aid but works to help other nations. Recalling that the fight against corruption continues, he stressed that the Government will never tolerate the embezzlement of public funds.

Addressing to the civil society, particularly to the representatives of religious denominations, President Ndayishimiye said that »they have a duty to denounce bad practices and to help supervise the population in the objective of contributing to the fight against deviant behavior in society. «

Civil servants, in turn, were called upon to work bearing in mind that they are at the service of the people and that they should therefore chose dialogue and not strike as a way to solutions.

The Head of State finally reiterated his call for respect of legal procedures so that prisons are cleared and that all Burundians can work to contribute to the development of the country.